The Slaton Tigerettes had a strong showing at the Caprock Tournament Dec. 26-28 in Lubbock.

The team won the consolation side of the bracket.

The tournament started off a bit tough with a 43-38 loss to Crawford, who is ranked 23rd in the state.

“The basketball girls had a fantastic showing at the Caprock tournament.  They fought back to win the consolation side of the bracket with three wins after a close loss to No. 23 2A Crawford in the opening round of the tournament,” said head Coach Tiffany Potts.

Scorers were Kamryn Gibbs with 15, Zanady Coronado with seven, Andrea Moreno with five, T.K. Robinson with four, Mary Jo Parker with three and Kaylee Franklin and Jazmyn Jackson with two points each.

In their 66-15 win against Rochelle, top scorers were Parker with 15 points, Moreno with 12 points, Gibbs with 10 points, Robinson with nine points, Jackson and Coronado with six points each, Xazari Naylor with five points and Franklin with three points.

The team then went on to defeat Klondike 56-32. Scorers were Parker with 12, Robinson with 11, Moreno with nine, Jackson with six, Coronado, Gibbs, Zapata each with four, and Naylor and Franklin with two each.

In the 51-42 consolation win against Whiteface, scorers were Gibbs and Robinson with 10, Parker with nine, Moreno with eight, Franklin, Zapata and Coronado with four, and Jackson with two.

Overall, Potts was very happy with the team’s game play through a tournament consisting of 90-plus total teams.

“The team really began to come together over the course of the tournament and found more consistency and confidence on the offensive side of the game throughout the tournament,” she said. “The scoring for the team is becoming balanced and if we can consistently have five to six players scoring six to eight points per game we will be successful.”

Potts said it was a big District win. “Kamryn Gibbs recorded a double double with 12 points and 11 rebounds.  Mary Jo Parker had 11 points.  Our post players stepped up and had a big defensive game,” she said. “Our District is extremely competitive with big games every single night.  We round out the first round of District play over the next two weeks.  Every game is important.”

The team played Idalou Tuesday evening (Jan. 7). Score and individual stats were not available as of press time.

The team will continue their District competition Friday, when they play Littlefield. 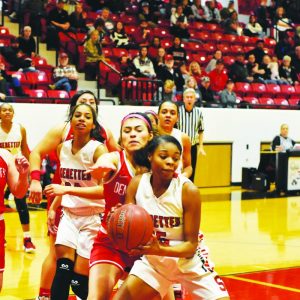 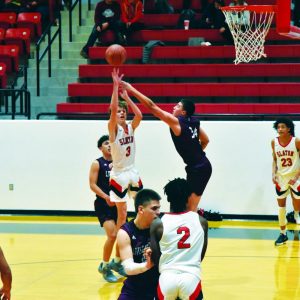 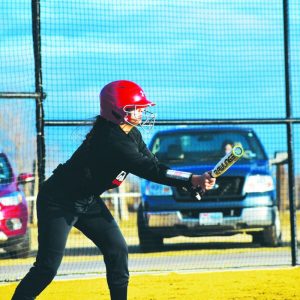 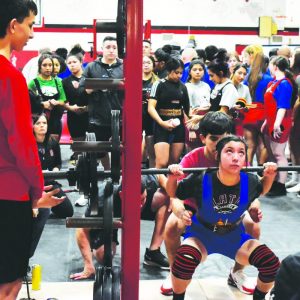 Slaton powerlifting teams get off to strong start 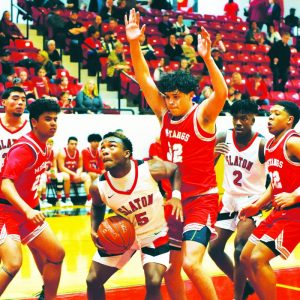