A former Slaton High School teacher was arrested Tuesday for an improper relationship with a student.

Dustin Ray Leonard, 28, of Lubbock, was taken into custody for the felony charge by Texas Rangers following an investigation by the Slaton Police Department and the Rangers. 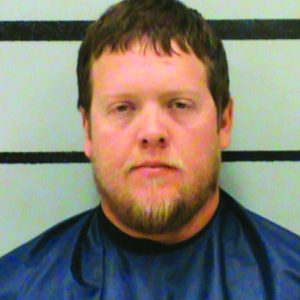 Slaton ISD Police Chief James Williams said that Leonard was investigated by his department in April regarding rumors that he was being unprofessional with both male and female students. He said that no evidence of any sexual behavior was uncovered.

“There was no corroboration for any inappropriate contact,” Williams said.

Slaton ISD Superintendent Julee Becker said that despite the previous investigation, the arrest for the second-degree felony came as a surprise.

“There were rumors going around, and any time we hear about anything that is contrary to the safety of our students, we investigate,” she said. “We do everything, every time, to take care of our students.”

Becker said the district has fully cooperated with the investigation.

After being questioned on April 12 about the rumors, Leonard submitted his resignation a day later, citing family and personal concerns. He was employed by Slaton ISD for two years.

Slaton Police Chief Trevor Barnes said he was made aware of the allegation on Monday by a confidential informant. He then contacted the Texas Rangers to assist in the investigation, and he and the reporting party met with a Ranger. A Texas Ranger then interviewed school officials before arresting Leonard, who was in the Lubbock County jail awaiting arraignment. No bond amount had been posted at press time.

Improper relationship between educator and student is a second-degree felony, punishable by up to 20 years in prison and a $10,000 fine.