Quilting enthusiasts, mask makers or sewing enthusiasts in Slaton no longer have to drive to Lubbock or other towns to pick up supplies.

Owner Sukie Nemeth, said she opened up the store because she was looking for something to do. “When I first left Mississippi where I was for 17 years I left behind an Arts Council that I’d founded and was executive or director of and a pretty thriving soap business,” she said. “I sold at the local farmers market and I’d been featured in a local magazine there for it.

“I got here and I was gonna do the soap again and then COVID hit and I was like, ‘Well, I’m not hanging out at farmer’s markets handing people soap’ because everybody wants to pick it up and smell it and so that didn’t work out,” she said, adding her boyfriend then suggested opening up a quilting shop.

She first tried the original quilting store in town, but that venue didn’t work. “Then Skip Crawford was finally like ‘well you can rent out the front of the building’,” she said.

Nemeth said they then started remodeling the front of the building, by themselves, adding cabinets and countertops as well as knocking out walls to open up space.

They started work in September, and it took a while she said because she was also helping work on her boyfriend’s mom’s farm with rebuilding barns and coops. Also factoring in was the weather, which has included two snowfalls in the past few months. 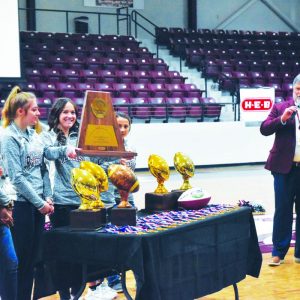 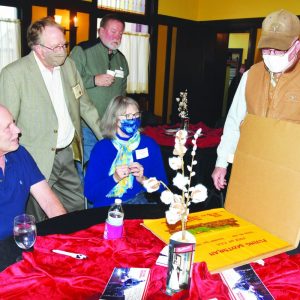 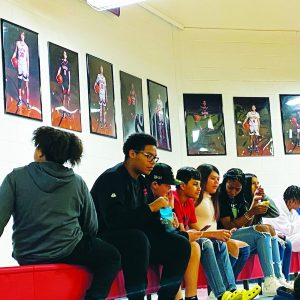