The Slaton Harvey House is now selling the fourth in a series of annual Christmas Cards drawn by Tex Wilson, the renowned Slaton-born artist.

Wilson, 92, has made four so far, but that may be the last one. “This is probably my last Christmas Card, as age is beginning to diminish my ability to see and use my hands,” he said.

The scene recaptures the essence of the Harvey Houses when they were operating throughout the Santa Fe Railway line.

Born in Slaton in 1929, Wilson’s dad was a Santa Fe Conductor. He spent his early years working summers for the railroad, and his artwork reflects his deep experience of observing railroaders at work. He has established himself as a master chronicler of life on the Santa Fe Railroad and his series “Workin’ on the Railroad” is on permanent display at the Harvey House.

“Tex Wilson has been a treasure to Slatonites, from his beautiful mural downtown, to the railroad art he has produced during his long career,” said Board Member Tony Privett.

“Tex has never forgotten his hometown and has blessed us with his art since we began the Harvey House restoration in 1990.” 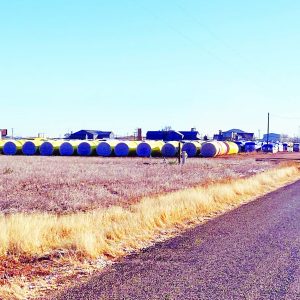 School lunch menus return to The Slatonite this week 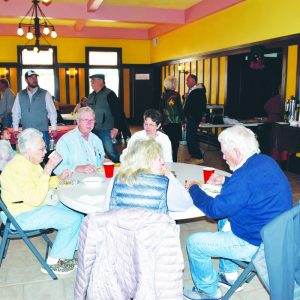