The Slaton Tigerette and Tiger cross country teams ran at Mae Simmons Park in Lubbock for the final time this season on Oct. 23. They ran against some of the fastest and most competitive schools in the state.

The top four teams and top 10 individuals will move on to compete at the 3A State Cross Country Meet in Round Rock on Saturday (Nov. 4), including one of our own, Mary Jo Parker. 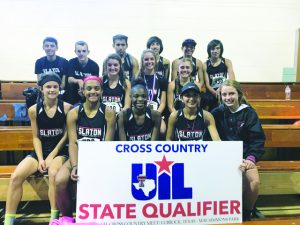 The Slaton cross country squads came in eighth (Tigerettes) and 11th (Tigers) last week in their final meet of the season.

The Tigerettes were shooting to qualify as a team for the second year in a row but came up a little short. They came in eighth as a team.

Against 175 competitors Mary Jo Parker was the standout runner of the day, coming in third to earn a spot on the medalist podium and qualify for the state meet in Round Rock.

Alice Cogburn finished shortly after the pack with Aryanna Zapata and Kelsea Crow finishing seconds behind. Kamryn Gibbs, Takaja Robinson and Grace Parker finished within a minute of their teammates.

Mary Jo will represent the Tigerettes Saturday at Old Settlers Park in Round Rock. The race begins at 1:30 p.m. 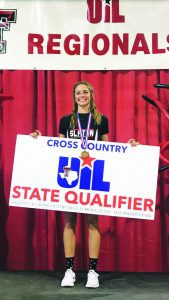 Out of the 177 runners, Tannon Cearley finished 29th with Ty Kinch coming in on his heels at 30th. Freshman Zach Gonzales came across the line at 52nd. Israel Herrera, Micheal Solis and Josh Flores all finished with a strong showing to end the season.

Official times are as follows: