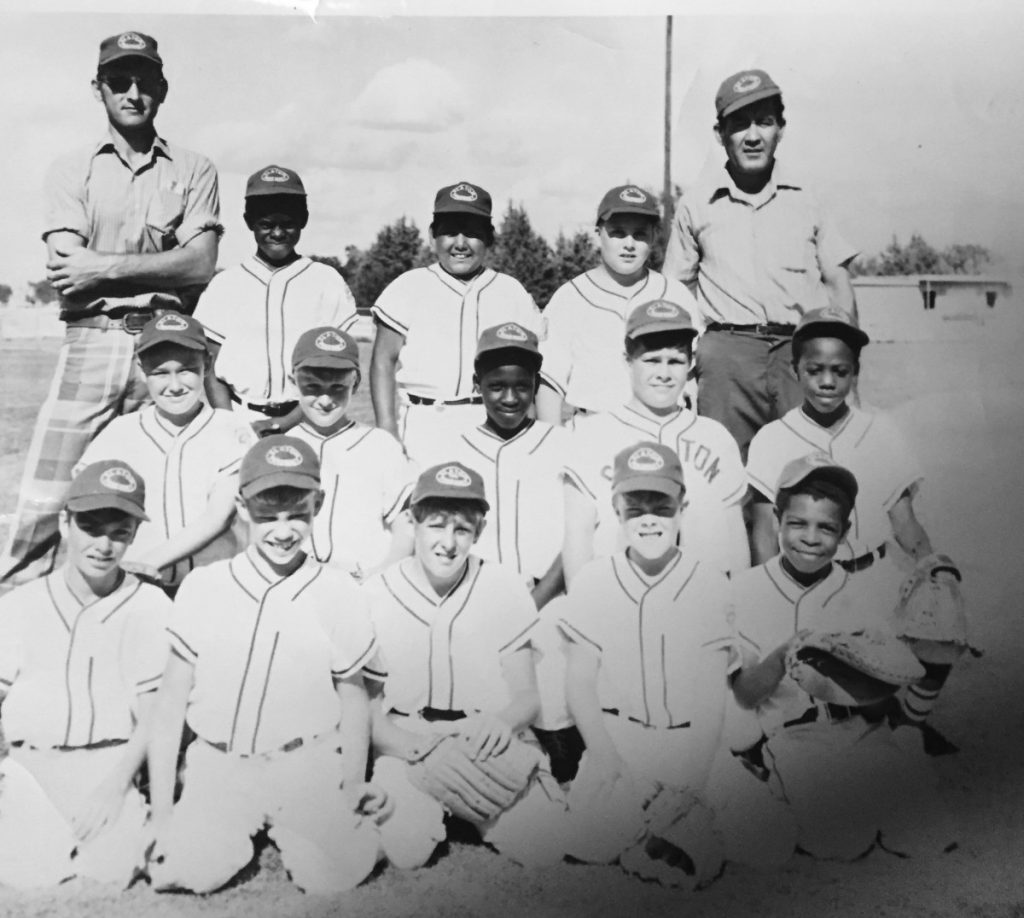 Olivia Magallanes submitted the above photograph of the 1971 minor little league team sponsored by Slaton Pharmacy. The team, which went by the moniker of Angels, put in a strong season. According to the June 17, 1971, edition of The Slatonite – about two-thirds of the way through the season – the team held a 5-4 record. By the end of the season, they had placed second with an 8-6 record, coming in behind the Self Furniture-sponsored team, which held an 11-3 record, according to the July 1, 1971, edition.